I had a bit of a problem the past few weeks with some pecans that I bought in bulk online. When they arrived I opened them and thought, they don’t smell as fresh as they should be. I thought I would repackage them, put them in the freezer and see how there were when I made a pie. Fast forward to my photo shoot and I needed a pecan pie picture. I made the pie and sure enough, it didn’t taste good. I contacted the company and they were what I would call less than enthusiastic about giving me a refund. I told them the pecans were unusable and I would never sell a pie to my customers with them tasting like they did. They told me I had waited to long, and therefore they could not refund my money. I asked to speak with the owner of the company and he said since I did not have the box they came in there was nothing more he could do for me.

Needless to say I was not a happy camper. I decided this was wrong, they had sold me a product that was not good and I was not going to just eat that loss. I contacted the Better Business Bureau and made a complaint. The companies response was nothing more than to share a copy of their return policy, which stated you had 30 days to make a return, but the product had to be in its original container and unopened. Now how in the world do you know if a food product is good unless you open it. My response was stated as such.

I went on to say in my response to the company that I would be calling the Board of Health. By the end of the day their response was a copy of the refund they were giving me.

It certainly pays to follow through when you think something has happened that is not right. In this case it was a product I bought, but it can be anything. If you feel something isn’t right, pursue it and try to resolve it as best you can. I was not willing to loose the money I had invested in a product because a company was only looking at their bottom dollar and not concerned with their customers satisfaction.

I will be returning to the place that I’ve always bought my pecans, and even if they are a little more expensive I know I will be getting a quality product that I am happy to share with my customers. 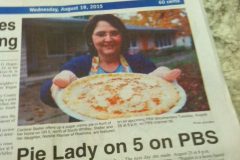 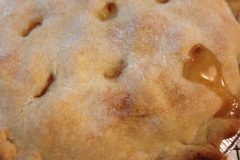 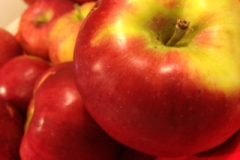